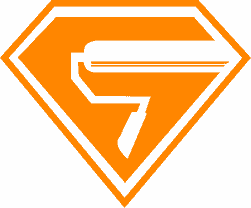 Gutierrez painting started in the 1960's with my grandfather, dad, and uncles.

The Gutierrez family lived in a small town in west Texas where they started there journey in the drywall and painting business.

The company first employees were all family members. They worked together to get through school and help pay the bills . As time went by each sibling started moving on and working for themselves and relocating across Texas. My father Gus Sr. Moved on to Arlington, Texas and started his business the the early 80's. "E.G. paint services" began with new custom homes and took off from there. As time went by me, and my 4 siblings, all boys, went to work at a early age with our father. We were doing things at the ages of 13 and 14 most beginner painters were doing with years of experience. Our father had us working summers, afternoons, and holidays full time to teach us a trade, so we've taken our work with pride and enjoy what we do. After high school I worked full time with my father for 10 years. Finally, in 2007 I left my fathers wing and went off on my own with my brother and began my own company "Gutierrez Painting". Me and my brother worked together with customers from word of mouth and stayed busy for a couple of years. Since then we have mutually separated and now I run the business on my own. My father was still painting until his recent retirement in 2015. Gutierrez Painting in 2013 was a crew of 4 including me, now to the day my crew has tripled to 16 men. We've started not only painting but also doing texture repair, small wood repair , and light tile work.

Gutierrez painting got its start in a sleepy town in west Texas in the 1960s with a man and his sons. One of those sons was Esmerejildo 'Gus' Gutierrez. The company started out doing painting but quickly learned the skills to incorporate drywall and texture into the fold.

What started out as a small family operation that helped the family survive, became more of a successful and expanding situation that would result in many of the kids setting out into the west to strike it big for themselves with hard work, skill, and love of the job. 'Gus' Gutierrez seeing it his duty to himself and his country signed up to serve his country in the Air Force where he was honorably discharged after fulfilling his duty. Upon returning to his hometown of Levelland, Texas. He joined his brothers in heading out west until he landed in Arlington, Texas.

During the 1980s with a booming company Gus decided to teach his 5 sons the family trade and thus began 'Gus Jr's' illustrious career at the age of 13 during his summer break. What was first used to buy himself toys and treats, was soon being used to buy himself better equipment to hone his skill, a skill that betrayed his age. Under his fathers guiding hand he possessed abilities that surpassed his fellow adult peers. Once he finished high school he worked full time for his father at 'EG Painting'. In 2007, him and his younger brother, Randy, decided they possessed the skills to strike out and survive on their own merits. Now becoming a rather renowned duo that impressed everywhere they went, they continue to make waves in the Metroplex painting community.

In 2009 both brothers decided to run their own crews and from that, their own separate company's. As testament to his workmanship, even during the economic depression work still came non-stop to Gus Jr.  Coming upon the non problem of having too much work, Gus Jr wanted to be able to satisfy those who he couldn't get to. Upon deciding to expand his business in 2014, it  has gone from his single personal crew of 4 men to 16 working men that have each earned his trust. Now seeing more room to expand, Gus Jr has decided to add texture repair, small wood repair, and light tile work to his company's repertoire.

Esmerejildo 'Gus Sr' Gutierrez finally decided to retire in 2015 after a storied and prestigious career of 50 years painting all across the United States. If you say his name in paint stores across Fort Worth, people still raise an eyebrow to this day. He now resides back in his hometown of Levelland, Texas. Fishing.

Welcome to our page

Thank you for visiting our website.  Were a 4 generation painting family working mostly around the DFW area. If you would like to know more about us click the link below.